Newspaper start-up takes on the challenge 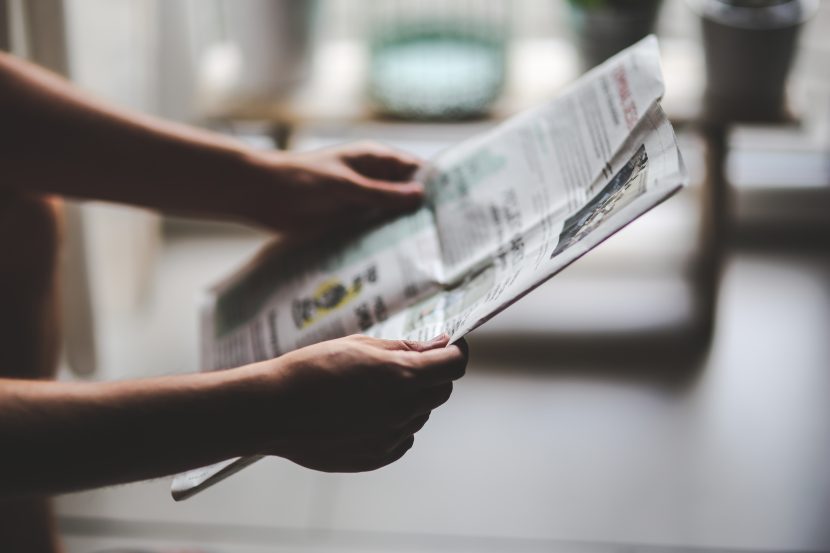 Newspapers; they’re dying right? Conventional logic would definitely answer that question as a ‘yes’ every time. But is it really the newspaper that is dying, or just what people once thought of them?

A good newspaper is really an institution. An institution that freely thinks, that questions, and brings about change and reform when it is needed. And that’s exactly what we are aiming to do with this newspaper start-up.

Those are two words most people never thought they would read in one sentence. It’s a bit of a foreign concept in the year 2021 because most ‘news start-ups’ have started on the web. Traditional papers scrambled to go online and transform and keep up with the times, usually while longing for the ‘good old days’ when newspapers ruled the world and their owners made a LOT of money. Newspapers were a mega industry, much bigger than most people remember.

As the smartphone radically transformed how most people consumed their news — aided in much part through social media networks — the downward slope in profit for newspapers began. Most newspapers were desperately trying to hang on to profits that once were, failing to realize what was right there in front of them: a profitable business.

This newspaper is also a little different than a traditional one. All articles in this paper are editorials, and they’re all anonymous (see article below for more information) and we welcome comment on each one.

Furthermore, the region needs a voice. We have over 3.2 million people living in western PA (about the population of all of Utah) and it seems like we hardly ever have a voice in Harrisburg. The big money and attention go to Philadelphia and the eastern part of the Commonwealth. This is frustrating. Which is exactly why we want to start thinking in regional terms, and start thinking about how issues affect the entire western district — rather than just our individual municipalities.

We realize this is a large mountain to climb, but all we can do is try.
Please consider supporting this newspaper by purchasing an issue, becoming a subscriber, or buying an advertisement. Further information can be found on pages A2 and B2. Thank you.

What makes this paper different?

Most newspapers only have one section dedicated for opinions. This paper is different because there are no limits to opinions. Yes, the articles will be factual with all the proper attributions and research done, but they all will offer an opinion on the topic being written about.

Because of this unique aspect, all articles in this newspaper are also anonymous. Some may think that is weird, but it is a necessary evil. Not only to protect our writers, but because it is difficult to get people to state their opinions. Maybe that’s a direct effect from social media, maybe we just don’t have as many; whatever the case, that’s how we operate.

Some of the opinions you will not agree with. Write to us your opinion then on the topic and we will be happy to publish it in future issues. Direct all comments to westpenntribune@gmail.com.